The east end of Guelph is a new, rapidly growing community.

The area has been extensively developed in recent years and modern new homes are continuously being built. Currently, affordability is definitely one massive asset of purchasing a home in this area.

The majority of new development has occurred east of Starwood Drive and includes towns, semis, and detached homes that are around a significant 10-15% cheaper than the Westminster woods neighbourhood and many others in Guelph. This abundance of cheap real estate has people flocking to the area. It offers ideal surroundings for both families and outdoor enthusiasts alike. Grange Hill Point 2 is an example of one vibrant condo community currently being offered by the DiLoreto real estate team.

In contrast to all the new developments, there are also more historic neighbourhoods offering a charming mix of old and new.

The neighbourhood of Waverly is a prime example of this, which is within walking distance of the highly sought after, 80-acre riverside park. This beautiful green space offers a fully accessible children’s playground, antique carousel, miniature train, and meticulously maintained garden to name a few. You’ll also enjoy access to the Victoria Road Recreation Centre, which is set to become a world-class facility comprising an ice rink and swimming pool.

Retail amenities are starting to catch up with the rapid growth in this area, with Loblaws having commenced a large plan for a new grocery store. Furthermore, additional land opening up along York road will allow other competitors to get their own projects underway.

Parks are found aplenty for residents of this part of town, many of which are within easy walking distance. In terms of schools, there has also been a recent up-sprouting of various modern new facilities such as École Guelph Lake Public School which also satisfies desires for French immersion programs. There are also direct buses to both downtown and the University of Guelph.  While there is no doubt that that the east end is still developing, a home here will offer a carefree lifestyle as well as a great investment in your future.

To find out more about pricing and current real estate opportunities available, contact an experienced and trusted real estate team such as DiLoreto with your inquiries. 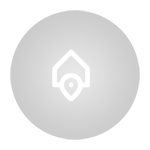 Just like the old adage, it takes a village to raise a child, in real estate, it takes a team to achieve the ultimate transaction. We are that team. As our client – you will know what it means to experience the DiLoreto Collective. We collaborate, hustle, and compete to achieve your real estate goals.